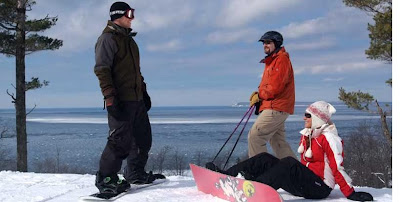 In an effort to thank and honor those who serve or have served in active military duty in Iraq and Afghanistan for the sacrifices they make to keep our nation safe, The Homestead provides complimentary downhill skiing and snowboarding for the 2010-2011 winter season.

“The men and women who are deployed overseas put themselves in harms way and make huge sacrifices for the security of our nation. They deserve honor, respect and thanks for what they do for us,” said Bob Kuras, owner of The Homestead. “We hope to lead the way in thanking our men and women in uniform by giving them outdoor winter fun this season.”

The Homestead is not located near a military base but many people travel to the region to see Sleeping Bear Dunes and to take advantage of the winter activities and snow sports. The Homestead is Northern Michigan’s largest waterfront resort community, located in the heart of the Sleeping Bear Dunes National Lakeshore – a unit of the National Park Service. Along with its unmatched natural setting and miles of frontage on Lake Michigan and the Crystal River, the resort offers 13 downhill ski runs and 7.5 miles of cross-country and snowshoeing trails adjacent to the property. Bay Mountain has a 375 foot vertical drop with stunning views of Lake Michigan and the Manitou Islands making it one of the most scenic ski hills in Michigan.

Military personnel who are on active duty or have served in Iraq and Afghanistan are eligible for free lift tickets when they present their activity military photo identification to cashiers at the ticket office. Free tickets are limited to one ticket or pass per person, per day. The Homestead also offers special military rates on lodging for those who choose to stay the night or enjoy a weekend getaway.

“We also do not have black out dates for those in active military service,” says Kuras. “Our free lift tickets can be used during peak season and during the holidays. The winter season is short in Northern Michigan and we want our military to take full advantage of what we offer.”

Michigan – a cornucopia of good eats and good stories 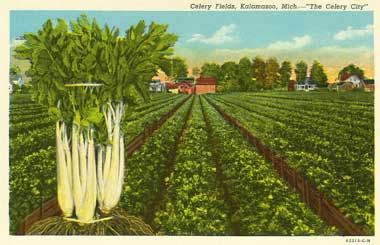 With Kalamazoo’s celery-growing history, the cereals of Battle Creek, and the Fruit Belt of Southwest Michigan where grapes, blueberries and other sweet natural treats have been king for decades, Michigan has a food legacy almost second to none when it comes to other states.

That aspect of the past, along with the cultural and social connections to what Michiganders have grown and eaten down through the years, is the theme of a coming attraction on the first floor of the Kalamazoo Valley Museum.

“Michigan Eats: Regional Culture Through Food,” an exhibit fashioned by the Michigan State University Museum, will be on display from Jan. 22 through April 10.

Sharing space during that time period will be Penny Thompson’s collection of vintage aprons that she began assembling in the 1960s. Among those on display will be embroidered gingham half-aprons, typical work aprons, and turn-of-the-century dressy versions.

While wild game, freshly caught fish and maple syrup have been a part of the diets of native people for millennia, the arrival of pioneer settlers and the influx of their cultures have added all kinds of edibles to daily menus:

 The meat-and-potato turnover known as a pasty in the Upper Peninsula.
 The asparagus of the shoreline of west-central Michigan.
 The sugar beets and beans of The Thumb.
 The mushrooms and tart cherries of northern lower Michigan.
 The coney/chili dogs of Detroit’s Greek community.
 The potatoes of central Michigan.
 The varietal and juice wines that are bottled up and down the Lake Michigan shoreline.

All of these, and more, have – down through the years -- fertilized and nurtured the state’s agricultural industry, which has been ranked as No. 2 in Michigan and continues to challenge manufacturing for the top spot.

"According to popular wisdom, we are what we eat,” says Yvonne Lockwood, curator of folklife at the MSU Museum. “What we eat says volumes about us - our backgrounds, our social, cultural, economic and religious status, our food preferences -- in other words, who we are.”

“Michigan Eats” represents “an entire complex of ideas, behaviors and beliefs centered on food production, preparation, presentation and consumption, and the role of culture in shaping and preserving it," Lockwood said.

"The biological necessity to eat is unquestionable,” she said. “However, it is to culture, not biology, that we must look to explain why we eat what we eat."
The exhibit examines the creation of early Michigan cookbooks and a variety of food-centered celebrations -- from fish fries to cherry and berry festivals.

It also draws on the MSU Museum's extensive history and cultural collections to help tell the story of Michigan's foodways, such as cabbage slicers for sauerkraut, sap buckets for maple syrup, apple picking sacks, the wild-rice winnowing baskets used by early Native Americans, and early Kellogg's cereal packaging.
Posted by Dianna - Promote Michigan at 7:04 AM No comments: 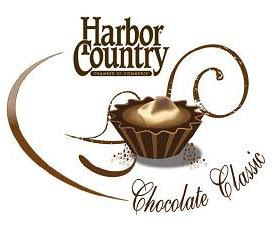 Come enjoy the winter charms of Harbor Country during Chocolate Classic with chocolate-themed events, activities and leisurely shopping and dining. Make it a day trip, or stay over-night in Harbor Country’s wide range of accommodations offering something for everyone.

The Harbor Country Chamber of Commerce website, www.harborcountry.org provides information about the area and its attraction including Harbor Country Chocolate Classic and all the activities that will take place during the month long event.