Let's do some calculations...

With the “formula” of $1 spent in tourism promotion we generate $2.86 in new tax revenue…

That’s a $25 million DECREASE in investment spending BUT a $71.5 million LOSS in expected tax revenue AS WELL.

That’s $71.5 million NOT coming in to help with schools, municipalities, etc. Although, if you subtract the investment amount I guess that comes to a net loss of $46.5 million.

Now...I majored in English and Journalism and despise math, but even I can see this is much more than pocket change!

FOR MORE ON SUPPORTING THE PURE MICHIGAN INITIATIVE: http://www.milodging.org/node/1131
Posted by Dianna - Promote Michigan at 7:44 AM No comments:

What Your Favorite Season Reveals About You 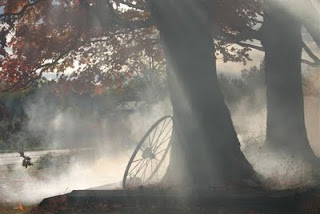 In the midst of the changing seasons, it's a great time to discover what your favorite time of year says about you:

Fall -- The crispness of autumn gets your motor running, and you're a clever person who enjoys multitasking. Rather than being overwhelmed, you're stimulated. You often find intriguing solutions for problems because you always think outside the box.

Winter -- You're an independent person who pursues solitary adventures. But this time of year also awakens your sentimental side as you recall happy childhood memories. You manage to stay cheerful and positive during even the worst weather.

Spring -- You're a vivacious person who attracts admiring attention even in a crowd. You're an idealist with a strong work ethic who accomplishes most goals you set. Others often follow your lead because you project an incredibly positive vibe.

Summer -- Your mood is usually as sunny as the season. You're an energetic, social animal, often busy organizing an activity for friends. You love surprises, thriving on the unexpected and handling even tense situations with grace and panache.


SOURCE: http://www.woodradio.com/pages/Scott_Winters.html?_show
Posted by Dianna - Promote Michigan at 8:39 AM No comments: 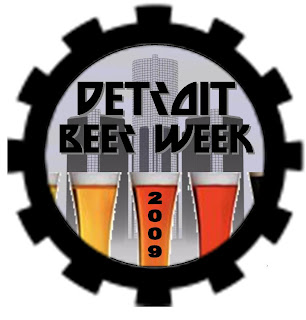 Following the success of “Beer Week” events held in other cities such as Philadelphia, New York and San Diego, a group of Industry Professionals is organizing the first ever Detroit Beer Week, to be held the third week of October, 2009.

The week-long series of beer-centric events will be held at participating venues in Detroit, with satellite events at Metro-Detroit brewpubs. These events will consist of brewery tours, tasting flights, meet-the-brewer sessions, food pairings, and a wide array of other unique activities. Events will be hosted by Detroit Beer Week staff and the Detroit Beer Barons, a group of Metro-area brewery personalities.

“We wanted to stay away from the traditional ‘drink this beer, get a keychain’ –type promotions, and instead focus on events that give value to the consumer and to the venue hosting the event,” stated Jon Piepenbrok, principal organizer of the events, AKA Chief Imaginationer.

The grand finale of Beer Week is the Inaugural Harvest Festival, hosted by the Michigan Brewers’ Guild and Metrotimes on Saturday, October 24, in Eastern Market.
While the Guild is not organizing Beer Week events, they have given their full support and cooperation to the organizing committee. “When the Guild announced the Harvest Festival in Eastern Market, we not only saw an opportunity to promote Michigan Beer in southeast Michigan,” stated Jon Piepenbrok, “but to promote the Great City of Detroit, as well; and the Guild has been extremely supportive of our efforts, even including information about events on their website at www.michiganbrewersguild.org.”

A complete, updated list of events and information can be found on www.facebook.com. Keyword search: Detroit Beer Week.

Michigan’s thriving brewing industry contributes over $24 million in wages with a total economic contribution of more than $133 million. In terms of overall number breweries, microbreweries and brewpubs, Michigan ranks #6 in the nation – thus supporting its claim as “The Great Beer State.”

The Michigan Brewers Guild exists to unify the Michigan brewing community; to increase sales of Michigan-brewed beer through promotions, marketing, public awareness and consumer education; and to monitor and assure a healthy beer industry within the state. For more information, including a list of Michigan microbreweries, log on to www.michiganbrewersguild.org.
Posted by Dianna - Promote Michigan at 10:35 AM No comments:

The autumn season brings an abundance of things to the Great Lakes State – like fall colors, harvest festivals and a variety of pumpkin beer. While the recipes may be similar, there’s always a touch of something unique in each of these fall brews – including the originality of the names.

Michigan made pumpkin brews available for 2009 include:

• Arcadia Ales, Battle Creek (www.arcadiaales.com)
Jaw-Jacker (6% ABV). Grandma's pumpkin pie never tasted this good. This fall seasonal is a celebration of harvest time and the changing of the seasons. Using only the finest malted barley and a touch of wheat, Jaw-Jacker pours a brilliant orange-amber color with truly unique flavors. Although no pumpkins are actually used, a blend of nutmeg, allspice and cinnamon work with the malty flavors to create a bold flavor reminiscent of pumpkin pie. A light hop note balances out the beer nicely. This seasonal beer, available for a limited time on draft and in 6-pack, 12oz glass bottles, is a favorite for harvest festivals, Halloween parties and Thanksgiving dinner. It pairs well with boiled brisket with root veggies, roast duck or turkey, pumpkin pie or sweet potato pie, with vanilla bean ice cream.

• Bastone Brewery, Royal Oak (www.bastonebrewery.com)
Belgian Pumpkin Porter (6% ABV). We add copious amounts of pumpkin to the mash and the boil along with cinnamon, nutmeg, ginger, and clove lending a depth of flavor and aroma reminiscent of the fall season. Our unique Belgian yeast strains lend a slight fruity taste and effervescent mouthfeel, while the 8 different hand selected grains lend robust and delicious flavors of malty caramel and chocolate. Available only at the brewery.

• Dragonmead, Warren (www.dragonmead.com)
Lil’s Grumpkin Pumpkin Ale (6.0% ABV). Brewed with real pumpkins in the Mash and the standard pumpkin pie spices added to the boil, along with molasses and brown sugar, this American Spiced Ale is reminiscent of your favorite autumn dessert: pumpkin pie. The nutmeg, ginger and cinnamon that create this beer's delicious aroma are balanced against the malts and pumpkin in this recipe to give this spicy treat its charming flavor profile. Lil’s Grumpkin Pumpkin is only available while supplies last.

• Jolly Pumpkin, Dexter (www.jollypumpkin.com)
La Parcela (5.9% ABV). OK, so the joke was Jolly Pumpkin doesn't brew a pumpkin beer! Well, now we do – just this one – No. 1 pumpkin beer. With hints of spice, and a gentle kiss of cacao to liven the soul, this oak-aged sour beer has real pumpkin added to the barrels during the aging process. An everyday easy way to fill your squashy quotient. Guess now folks will have to find something else to joke about! Being released for the first time in Fall 2009.

• New Holland Brewing, Holland (www.newhollandbrew.com)
Ichabod (5.5% ABV). As fall brings color to our trees, a chill to our evenings and countless aromas of the changing season, we instinctively look for early harvest flavors on our plate and in our glass. Ichabod combines malted barley and real pumpkin with cinnamon and nutmeg in a delicious and inviting brew. It befits any autumnal adventure, including mysterious rides through the hollow, and pairs well with autumnal foods such as poultry and root vegetables. After dinner, try it with your favorite dessert. Available on tap and in bottles through November.

• Motor City Brewing, Detroit (www.motorcitybeer.com)
North Cass Community Garden Pumpkin Ale (9% ABV). This Pumpkin Ale is a wonderful community Creation, from the many volunteers who built the North Cass Community Garden to the planting and nurturing of the group’s very first pumpkin patch. This Belgian-style Pumpkin Ale is a special blend of roasted pumpkin & malted barley balanced with American aromatic hops, traditional herb, spices and a lot of the neighbors’ tender loving care. The thin layer of sediment at the bottom of the bottle is the mark of the true natural brewing process. Unfiltered, unpasteurized . . . NATURALLY! For optimum flavor enjoy from the glass. This special brew is in limited supply and is only available at the brewery taproom, starting October 12.

• Short’s Brewing, Bellaire (www.shortsbrewing.com)
Funkin Punkin (5.6% ABV). A seasonal blend of pumpkin, spices, and carefully formulated ale. Notably aromatic of pumpkin pie, and the color of a light pastel brown, this brew is especially true of ale and comfortably consumable. Brewed with real pumpkin and real spice, it’s still very much a beer, but beautifully engineered with spice, pumpkin and beer balance.

• Walldorff Brewpub & Bistro, Hastings (www.walldorffbrewpub.com)
The Candy Snatcher Pumpkin Ale (5.7% ABV). Using local pumpkins and a nice addition of fresh spices always makes a great fall time ale and a local favorite. A bit of lactose (milk sugar) blanaces out the spices to give this a nice creamy texture…almost a pumpkin cream ale. Available on tap the beginning of October, until it runs out.

“The growth of this category of beer annually has superseded 40% minimum each year over the past three years,” says Rick Lack, Executive Vice President at Rave Associates. “Particularly on the on premise side of our business, retailers are finding Michigan pumpkin beers pair very well with food and chefs are integrating these beers more and more into food pairings. On the consumer side, the sweet aftertaste the beer provides has been instrumental in attracting new consumers into the craft beer category- particularly women we are noticing. If, you have not tried one yet ... do so, as this seasonal treat is come and gone in a matter of months.”

Michigan’s thriving brewing industry contributes over $24 million in wages with a total economic contribution of more than $133 million. In terms of overall number breweries, microbreweries and brewpubs, Michigan ranks #6 in the nation – thus supporting its claim as “The Great Beer State.”

The Michigan Brewers Guild exists to unify the Michigan brewing community; to increase sales of Michigan-brewed beer through promotions, marketing, public awareness and consumer education; and to monitor and assure a healthy beer industry within the state.

Each year, the Guild hosts four annual craft beer festivals, with the next – Michigan Harvest Beer Festival – scheduled for October 24 (1-6pm) at Eastern Market in Detroit.

For more information about the Michigan Brewers Guild, including a dates of upcoming events and a list of member micro-breweries, log on to www.michiganbrewersguild.org.
Posted by Dianna - Promote Michigan at 4:33 PM No comments: