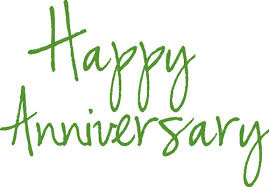 • The Henry Ford, Dearborn
• The Inn at The Homestead, Glen Arbor

• The Inn at Stonecliff, Mackinac Island

Construction is set to begin in January, 2014 on the null Café & Taphouse – honoring the various brands of Northern United Brewing Company (null stands for “Northern United Liquid Libations”). It will showcase the company’s award-winning beer, wine, cider and spirits and will be located at the new brewing facility at 2319 Bishop Circle East in Dexter.

“This tasting room has been in the back of Ron’s mind since he brewed his first Jolly Pumpkin beer and it is finally coming to fruition,” says Tony Grant, Northern United CFO/COO. “It is such an exciting time for Jolly Pumpkin, North Peak and the entire company to have this showplace for all our brands. We are so excited for everyone to come out and see our new home, taste all the products, take tours of the plant and see all the new gear that we've been working on.”

So…yes…it’s true, Jolly Pumpkin is finally going to build a taproom in Dexter. Loyal fans have helped the company grow over the years; they’ve spread the word on the brand’s award-winning wares and now they have an opportunity to help build the null Café & Taphouse.

Drawing from the nearly 60 years of combined beverage crafting experience of master brewers Ron Jeffries, John Walsh and Mike Hall the libations of Jolly Pumpkin Artisan Ales and North Peak Brewing Company, as well as the Civilized Spirits, Old Mission Spirits, Nomad Ciders and Bonafide Wines resonate with casual drinkers and die-hard aficionados alike. null café and taphouse will be a unique and exciting environment in which they can all be enjoyed!

Keep up on the progress of null Café & Taphouse or to become a founding club member, at facebook.com/null.dexter.
Posted by Dianna - Promote Michigan at 7:25 AM No comments: