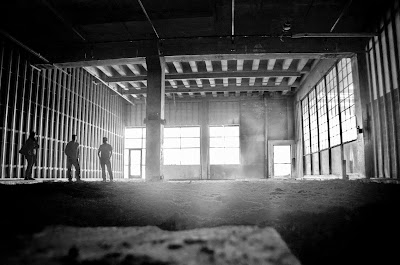 Jolly Pumpkin has announced it will be opening a location in Midtown Detroit in early 2015. The 5000-square-foot space at 441 Canfield will serve all the craft beers, distilled spirits and wines available through the Northern United Brewing Company brand – including North Peak Beer, Jolly Pumpkin Artisan Ales, Civilized Spirits and Bonafide Wines, as well as an eclectic pub fare menu.

“We are very excited to be opening Jolly Pumpkin Detroit and becoming part of this incredible neighborhood. Many have helped us develop this project and we are grateful for their support,” says Tony Grant, partner with Ron Jeffries at Northern United Brewing Company. “Sue Mosey at Midtown has been instrumental, as have Invest Detroit and Comerica Bank.”

“Midtown Detroit, Inc. is thrilled to welcome Jolly Pumpkin into the neighborhood,” says Executive Director Sue Mosey. “Their investment and strong brand will draw in more people to Midtown’s burgeoning retail and restaurant district. Their future location, in the historic Willys Complex, compliments other strong businesses such as Shinola, Willys Detroit, RUNdetroit and the Fellow Barber, creating a walkable block of quality commercial storefronts.”

"We are so excited to come to Midtown Detroit,” says Jeffries. “We look forward to being part of this vibrant beer neighborhood.’”

As with all its locations, Jolly Pumpkin will be working with local suppliers in developing its menu, specifically partnering with Avalon Bakery, McClures Pickles and Calder Dairy. Jolly Pumpkin Detroit menu will offer eclectic pub fare, featuring Jolly Pumpkin pizza, truffle fries along with the full tap house and tasting room beverages of all the Northern United Brewing brands.

Find NUBCo products at stores, restaurants, and bars all throughout Michigan, including: North Peak Brewing Company, Mission Table and Jolly Pumpkin Brewery, all in Traverse City; Jolly Pumpkin and Grizzly Peak, in Ann Arbor.
Posted by Dianna - Promote Michigan at 9:44 AM